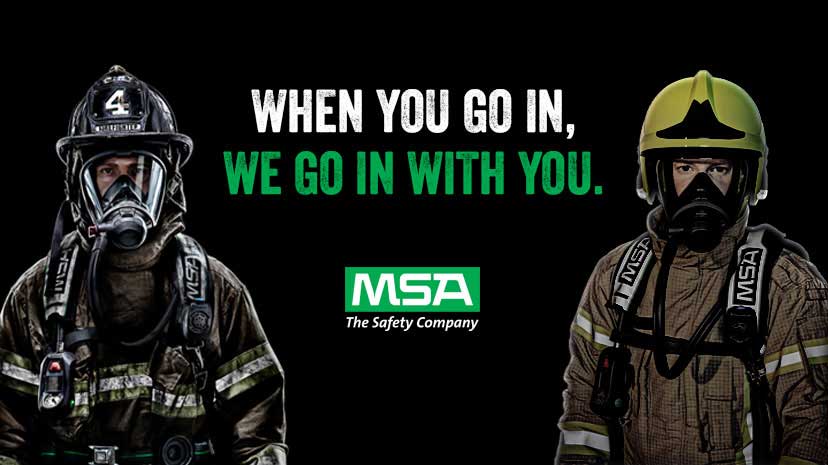 MSA is based in the Pittsburgh suburb of Cranberry. With help from Thomas Edison the company was formed in 1914 to develop a battery-powered cap lamp for miners to help prevent methane-related explosions caused by open flame lamps. Since the turn of the 21st Century, MSA has seen record sales. Only a small portion of the company’s current products involve mining related products. The company’s competitors include Industrial Scientific Corporation, RAE Systems and Dräger.

The corporation’s assets are managed through two business segments: MSA North America and MSA International. MSA has sales and manufacturing operations throughout the world and sells products to customers in more than 140 countries. While the majority of MSA’s products are available only through distributors, the company does sell head, eye, ear, respiratory and body protection products to individuals through a variety of hardware and home center retail outlets.

Mine Safety Appliances Co. has been manufacturing oxygen breathing apparatus for decades. Their “Chemox” chemical rebreather, primarily designed for use in mines, has been modified for use on Mt. Everest in 1952 and 1986. They are stated to be simple in construction and operation. It is essentially a canister of potassium superoxide connected to one-way flow valves to an air bag and thence to the user, as in Rebreathers whose absorbent releases oxygen hereinabove. There are no controls or operable valves of any kind. Breathing rate controls oxygen production. The main disadvantage is the 4-lbs canisters are good for only about 45-minutes of rapid climbing before another canister must be switched in. The canisters supply about 6 hours of sleeping oxygen.

Also, during World War II in the 1940s, they were awarded a contract to make plastic helmet liners for the M1 Helmet

From the 1930s to the 1980s, MSA produced fire helmets. The First generation was known as Skullguard and was a hard plastic produced in the 1930s to the 1960s. The second generation was a lighter plastic fire helmet, and was called Topguard, and was introduced in the early 1960s. The topgard helmets were very lightweight and were also aerodynamic, and were especially good for high winds during wildfires. The topgard helmet during the 1970s came in several different colors, black, red, green, yellow, white, and oddly transparent. The topgard brand helmets were most notably used by the Los Angeles County Fire Dept and in popular culture, seen throughout the television show Emergency!. However, because of the rapidly changing fire dept codes and regulations many fire depts had to switch to a different brand of helmet, and the Topgard branded MSA helmet was trimmed and modernized into a construction helmet. MSA also currently produces a brigade fire helmet for many European countries such as France.